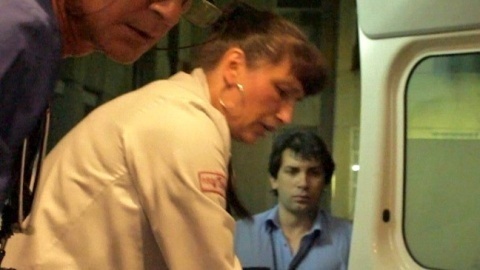 “Sofia's Last Ambulance” not only chronicles and celebrates a team of Bulgarian EMS personnel, but also provides indirect and unflattering commentary on the state of Bulgaria.

Established in 2001, MoMA's annual two-week showcase of recent nonfiction film and video takes place each February. This year's event is to take place between February 15 and March 4.

This year's festival includes an International Selection of 20 feature-length films and several shorts, all of which are US or New York premieres that will be presented by the filmmakers.

The Bulgarian movie will be presented on the opening day of the festival.

"Sofia's Last Ambulance" follows a three-member paramedic crew in one of Bulgaria's dwindling fleet of emergency ambulances. The camera's focus is on the intimate emotions and reactions of a doctor, nurse, and driver—not their patients—as they respond to situations both the serious and absurd.

The film premiered at Cannes Film Festival 2012 (Critics' Week), where it won the "Visionary Award". It was the second documentary ever to compete in the section's 51 year history.