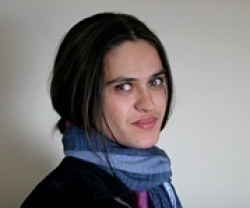 It was a broadcaster of this type of Bulgarian popfolk music or chalga - as it is derogatorily called – that landed recently an EU grant of EUR 1 M.

That was quite a surprise - the company pocketed EU taxpayers money, even though it is not a developing, but a thriving company, even a monopolist.

To say that the news elicited mixed reactions would be an understatement. It triggered an angry storm.

But actually that was good news – it lay bare the perennial connections between politics and business in Bulgaria.

No doubt Payner application met all technical requirements, but the deal is of dubious morality and origins, to put it mildly.

Brussels said the choice of the recipient was the responsibility of Bulgaria's economy ministry, while rumors say Payner CEO was once tipped for MP runner by the ruling party.

The ministry may say it believes that after years of austerity during the communist regime, the ubiquitous kitsch opulence and lewd flavor this music brings – no doubt professionally - deserves to be encouraged.

I suspect however the ministry had other reasons to believe that company deserves to be encouraged.