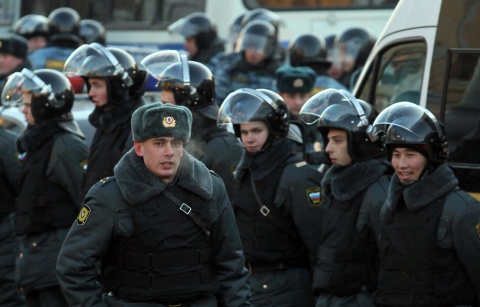 A man believed to be one of Russia's biggest mafia bosses was shot dead in downtown Moscow on Wednesday as he was leaving a restaurant after lunch, the Russian Interior Ministry announced.

Aslan Usoyan, known by his nickname of "Grandpa Hassan", was killed by a shot from a sniper's rifle as he was exiting the Karetny Dvor restaurant.

Usoyan had already survived an assassination attempt in September 2010 when he was shot in the abdomen in central Moscow.

He was seen as a close ally of Russian mafia kingpin Vyacheslav Ivankov, aka "Yaponchik", who died of wounds from an assassination attempt in 2009.

International media comment that contract killings in business turf wars are much rarer in Moscow than in the chaotic 1990s but still occur sporadically in the Russian capital.