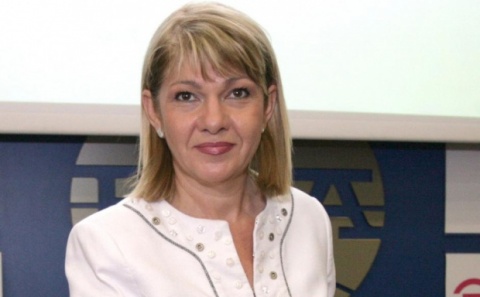 Environment Minister Nona Karadzhova has argued that protests against overdevelopment in Bulgarian resorts come too late. Photo by BGNESPhoto by BGNES

The protests against overdevelopment in Bulgarian resorts come after a long delay, according to Environment Minister Nona Karadzhova.

In a Wednesday interview for the Bulgarian National Television (BNT), she emphasized that a very small number of projects had been approved over the last few years, while the reckless construction of huge 10-storey complexes on beaches had taken place in the course of 10 years.

Karadzhova explained that the proposal of Georgi Ikonomov, Mayor of the mountain resort of Bansko, for a change to the management plan of the Pirin National Park, would be discussed at a government session on Wednesday.

She specified that the project submitted by Ikonomov included no concrete schemes for the construction of ski lifts and runs because no permit had yet been issued for a change of the statute of the zone.

Bulgaria's Environment Minister underscored that an approval of a change to the regime of the ski zone did not necessarily mean construction works.

She added that such a decision could not be taken swiftly because it required a NATURA 2000 compatibility assessment, an assessment of the scheme's compliance with habitat protection legislation, and public discussions between business, scholars, and environmentalists.

Bulgaria's Council of Ministers is to discuss Wednesday projects for the expansion of the Bansko ski zone and the construction of a new gondola lift.

The topic will be presented by Delyan Dobrev, Minister of Economy, Energy, and Tourism.

Dobrev informed Tuesday that the Mayor of the mountain resort of Bansko had submitted an investment declaration for the construction of a second gondola lift and the expansion of the ski runs with the Ministry of Environment and Water on Monday.

Оn December 19, an initiative committee headed by Bansko Mayor Georgi Ikonomov submitted a petition for the expansion of the ski zone with the Council of Ministers.

In end-December, locals blocked the road connecting Bansko and Razlog, demanding a swift solution to the problem.

The protests stopped after Tsvetanov promised that the government would organize a discussion on the matter on its very first session in 2013, which did not happen.

The initiative committee for the development of the Bansko ski zone accuses Bulgarian environmental activists of disseminating lies and provocations.

The proponents of the construction of new ski facilities claim that the activities will not cause any environmental damage in the Pirin National Park.

The Mayor of Bansko, a former MP of ruling party GERB, has said he will not negotiate with the Greens party unless OLAF, the EU anti-fraud office, probes how the environmentalists are using resources and spending money.

Environmentalists have argued that Bansko is already overdeveloped, with an excessive capacity of hotel beds and ski runs that have already harmed the nearby Pirin National Park, a UNESCO World Heritage site.