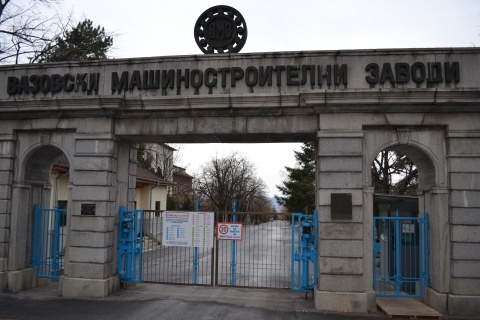 The troubled VMZ Sopot is the largest Bulgarian military plant, and has been expected to be privatized. File photo

The management of Bulgaria's State-owned arms manufacturer, VMZ Sopot, is to provide for the trade unions Wednesday an economic analysis.

The analysis should make it clear if layoffs are needed in order to successfully privatize the faltering military plant.

A recovery plans is also been launched Wednesday and the plant will be taken out of the list of enterprises that are privatized with a strategy. The latest decision was made Tuesday at an emergency meeting between ministers from the Cabinet and representatives of the Podkrepa Labor Confederation and the Confederation of Independent Trade Unions in Bulgaria, KNSB.

The decision will have to be approved by the Parliament and then a new privatization procedure is going to be launched.

Some of the workers' overdue salaries – up to one and a half monthly wage – are expected to be paid by the end of the week. The money will come from a deal with a foreign client, bTV reported Wednesday.

On Monday, Bulgaria's Privatization and Post-Privatization Control Agency (PPCA) terminated the procedure for the sale of military plant VMZ Sopot.

PPCA Executive Director Emil Karanikolov noted that EMKO EOOD, had submitted a binding offer by the deadline (3 p.m. on January 14) but had failed to transfer the EUR 3 M deposit for participation in the privatization procedure, thus the bid had not been even opened.

He argued that the problem was that the sole candidate in the privatization attempt had requested a renegotiation of the collective bargaining agreement between the trade unions and VMZ Sopot.

EMKO's CEO, Emiliyan Gebrev, has asked the syndicates to agree on a layoff of 2 000 workers from the total now of 3 200. The bidder has proposed to trade union representatives to eliminate from the collective bargaining agreement the procedure for laying-off personnel.

It emerged that the main hurdle before EMKO was not the mounting debt of VMZ Sopot, but the social commitments towards workers that had to be kept in place for three years after the privatization.

Economy and Energy Minister, Delyan Dobrev confirmed Tuesday that in order to privatize the faltering military plant there was a need of "structural reforms" that should include dismissing a number of employees. Prime Minister, Boyko Borisov, also said layoffs were a must if Bulgaria wanted to successfully privatize the arms manufacturer.

Tensions among workers at the plant, who have been staging protest rallies and effective strikes since December, escalated after the Minister's statement. They shouted "Work and Money! We are coming to Sofia!"

The trade unions informed they were having a hard time in trying to prevent road blockades by the outraged workers.