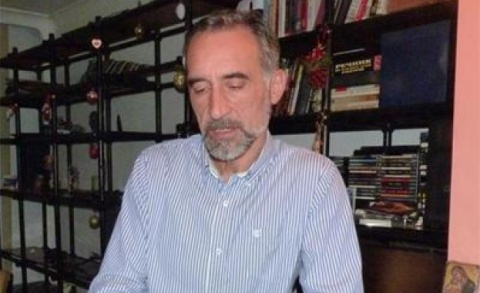 One of the leading Bulgarian pilots, Yanko Stoimenov, was sentenced to 123 years of jail time by a Greek Court. Photo by cross.bg

The Appellate Court in Athens has upheld the sentence of 123 years of jail time for Bulgarian pilot, Yanko Stoimenov.

Stoimenov has been declared guilty for the deaths of 121 people, who perished in a plane crash.

A bomb threat against the Court building in Athens has interrupted the trial for two hours.

The Prosecutor's closing statement has lasted for over two hours. According to it, the two pilots lacked qualifications and information; were reckless and failed to follow basic safety procedures and instructions. In addition, they should have never been put together in a team due to their mutual animosity. Stoimenov, who has not been on the plane, should be held responsible for all of the above as he was the supervisor and chief pilot of the carrier company.

The Greek defense lawyer stated that he would attempt to replace the jail time with cash compensation and did not rule out taking the case to the Supreme Court of Greece.

Legal experts are quoted saying the two parallel trials in Greece and Cyprus are the biggest of many paradoxes in the case as it is nonstandard for the same people to be tried twice on the same charges.

In April 2012, a Greek court declared four former employees of low-cost Cypriot airline Helios Airways, including Bulgarian Stoimenov, guilty for an air crash that killed all 121 people on board.

On August 14, 2005, a Boeing 737-300 flying on a flight from Larnaka to Prague via Athens crashed north of the Greek capital, killing all of the passengers and the members of the crew.

The crash was the worst accident on record for Greece and Cyprus.

In December 2011, a Cypriot court ruled that the State prosecutors had not proved their case for manslaughter and acquitted all defendants.

The magistrates in Nicosia did not accept the claims that the crew had been incompetent and that the company had failed to ensure the safety and security of the passengers.

At that point, the relatives of the victims who had gathered in front of court accepted the court's pronouncement chanting "Shame!"

The Greek prosecutor then lodged an appeal, which triggered protests from the families of the defendants.

Stoimenov, who is one of the leading Bulgarian pilots, will have now to be jailed in awaiting the rule of the Supreme Court.