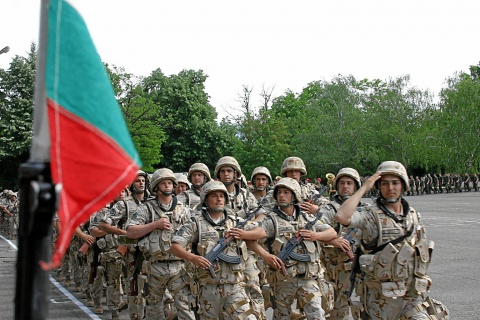 Bulgaria begins withdrawing its contingent in Afghanistan on March 1, 2013.

The Cabinet will pass a decision at its regularly scheduled meeting on Wednesday to end part of the country's participation in the NATO International Security Assistance Force, ISAF, operation.

The Bulgarian medical team has been withdrawing from Herat since December 31, 2012, while the company guarding the security zone at the airport in Kabul will start withdrawing on March 1. The team of instructors will be withdrawing beginning March 31.

The decision for withdrawal comes under the strategy approved by the Council of Ministers at the end of 2011 for transforming Bulgaria's military's participation in the ISAF operation.

Bulgaria will continue to maintain until 2014 a headquarters in Afghanistan, a company for guarding the security area of the Kandahar airport, and teams of advisors for local security forces. Only the latter will remain in the country after 2014.