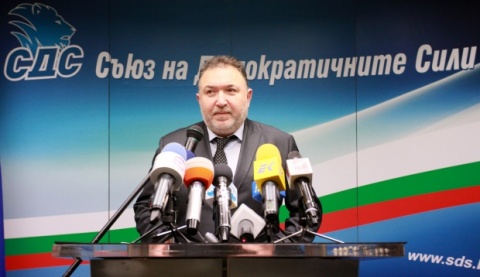 Bulgaria's right-wing Union of Democratic Forces, UDF, is reviving its newspaper "Democratsia" (Democracy) with the first issue published on January 24.

The news was reported Tuesday by UDF Chairman, Emil Kabaivanov.

The editor-in-chief is popular right-wing activist and politician in the years after the fall of the Communist regime, Alexander Yordanov.

"A legend is being reborn. We all cherish this name "Democracy" and people were buying the paper in mass when it was first released in 1990. Old photographs show that many of the now-star actors and musicians of Bulgaria were selling and distributing this newspaper," Yordanov said.

According to him, the newspaper will turn into a national weekly for politics, society and culture, a "tribune for honest journalism, a home for democrats, for the young people and civil society; it will defend European and national values and EU and NATO priorities."

One of the very first topics of the media is the referendum on the future of nuclear energy in Bulgaria, which is scheduled for January 27. UDF see it as a propaganda game of the left-wing Bulgarian Socialist Party, BSP, and are calling for a boycott on it.

Yordanov showed the print version of the paper, which will have 24 pages. He informed the publication will have correspondents across the country.