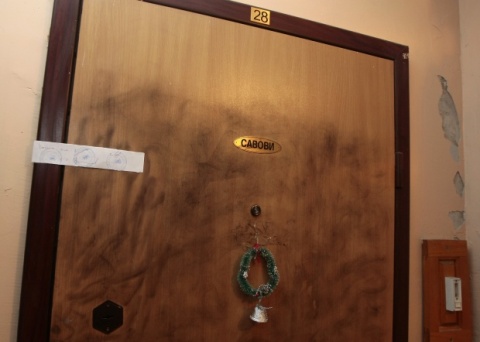 The entrance door of the apartment in Sofia where the slain family was found. Photo by BGNES

The tragedy that shocked Bulgaria's capital Sofia last week was the result of a carefully premeditated execution, according to local experts.

A Bulgarian couple, their two grown-up sons and grandmother were found dead in a Sofia apartment late on Thursday with multiple wounds.

According to the Bulgarian Interior Ministry's psychology unit, it was 55-year-old Vasil Savov, a former Defense Ministry Official, who was likely responsible for the massacre.

Psychology unit head Rosen Yordanov has that the father's aggression stemmed from his desperation over the family's hardships.

Yordanov has further pointed out that Bulgaria currently lacks a registry of the mentally ill. He has identified lenient gun control policies as another problem for the country.