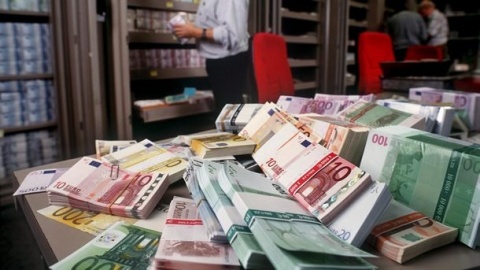 Certai electronic media in Bulgaria will receive in the election year and without a tender EUR millions from the ruling party to advertise EU programs. File photo

In the election year, Bulgaria's ruling center-right Citizens for European Development of Bulgaria party, GERB, will give to electronic media in the country the record BGN 14 M for promoting several EU programs.

The Bulgaria Sega (Now) daily writes that the money will be given to media selected by the government without a public tender.

The record amount is listed in a written answer of the Minister for Management of EU Funds, Tomislav Donchev, sent on the request of the Member of the Parliament from the right-wing Blue Coalition, Vanio Sharkov.

The amount is actually higher since it does not include the money to advertise the "most generous" program - for the development of rural areas, which is under the authority of the Agriculture Ministry.

Data comparison shows that this will be the largest amount distributed for such purposes in the course of one year. In 2012, this amount has been BGN 8.5 M.

As the publication notes, such generous financing of media on the part of the ruling party bears the risk to place them in a very delicate position in the election year.

The communication plan for information and publicity is mandatory for each EU program and the amount for it is 0.6% of the program's total value.

In the 2009 – 2012 period, media in Bulgaria have received close to BGN 26 for 9 operational programs, according to data from Donchev's Ministry.

Officials from the ministries have declined information on the exact media that would receive the coveted in times of crisis financing, but assure, particularly the EU Funds Ministry, the selection of media and agencies would be conducted in adherence to the Public Tenders Act. The main criteria would be their ability to reach specific target groups, which are the priority of the respective program.

In reality, Sega writes, the money is and will be distributed personally by the ministers, because unlike all projects connected with outside advertisement such as in print media, electronic media benefit from the Public Tenders Act which exempts them from bids when "acquiring, creating, producing, and co-producing radio and TV broadcasts."

A while ago, the Public Tenders Agency announced they have received inquiries on the above and have issued the official opinion that broadcast contracts do not fall under the Public Tender Act. This allows the State institutions to purchase broadcast time without a bid, without clear criteria, without a public contract and without any control on how the money has been spent and if it had been accompanied by some "under-the-table" bargains such as positive PR for the respective minister.

For years now, the Union of Bulgarian Publishers insists this is unfair treatment of print and electronic media, but the government remains reluctant to change the status quo, citing an EU directive.

The European Commission, however, has been firm it never recommended to any government to not include purchasing broadcast time slots in public tenders, the publication of Sega reminds.

What Bulgarian ministers are citing is the clause in the directive that public electronic media can be released from the bid requirement in cases of producing cultural and/or social programs.

All this could lead to interpreting the actions of the Cabinet as an attempt for concealed, illegal State assistance for certain media.