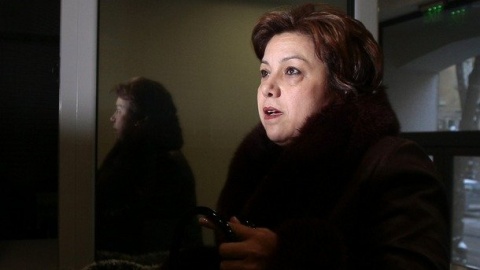 In December, Prosecutor, Galya Gugusheva withdrew her candidacy to become a member of Bulgaria's Constitutional Court. Photo by BGNES

The majority in the Ethics Committee failed to find sufficient grounds to launch a disciplinary procedure against her.

Only the Committee's Chairman, Yasen Todorov, has voiced the opinion that with her actions Gugusheva had violated the magistrates ethics code, the Bulgarian National Radio, BNR, informs.

Todorov had pledged to start the procedure again in case the probes of the special anti-mafia Prosecutor's Office, the National Revenue Agency, NRA, the Inspectorate at the Supreme Prosecutor's Office of Cassations, and the Commission for Conflict of Interests establish the magistrate has violated the law.

This was the first meeting of the Ethics Committee in 2013. Now VSS has to issue an opinion in the case.

On December 11, 2012, Gugusheva withdrew her candidacy to become a member of Bulgaria's Constitutional Court following a series of allegations of past abuse of power and money laundering deals. Earlier, right-wing UDF and ruling center-right GERB decided to drop their support for her.

Gugusheva's nomination was approved by UDF leadership and tabled by non-affiliated MPs, as the party's MPs refused to support the nomination, which led to them being dismissed.

UDF and GERB reached an agreement for UDF to work on presenting a new candidacy, but the procedure is yet to start.

Gugusheva became the second failed Constitutional Court nominee by Parliament, after the fiasco with judge Veneta Markovska, whose election by Parliament was snubbed by Bulgarian President Rosen Plevneliev, due to allegations of trading influence that she was not able to dispel.

Also in December, the Chairman of the specialized anti-mafia Appellate Prosecutor's Office, Borislav Sarafov, logged with VSS a proposal to release Gugusheva as his Deputy and reappoint her as "regular" prosecutor.

After the entire ordeal, one seat in the country's Constitutional Court still remains open.