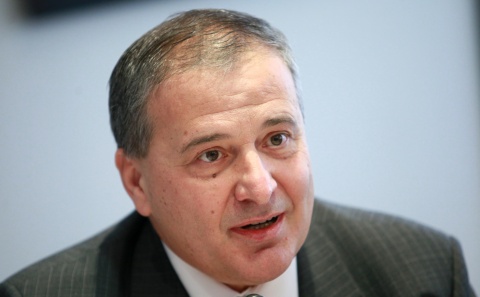 Kamen Kolev, Deputy Chair of the Bulgarian Industrial Association (BIA), has urged the state and local governments to pay debts to the business sector. Photo by BGNES

Kamen Kolev, Deputy Chair of the Bulgarian Industrial Association (BIA), has urged the state and local governments to pay debts to the business sector.

In an interview for Darik Radio, Kolev suggested Monday that state institutions had run up over BGN 350 M in debt to contractors in 2012, with the major portion of the money owed by municipalities.

The Deputy Chair of BIA explained that it was important to businesses to get paid under public procurement contracts so that they could pay to their debtors and keep jobs.

He made clear that the total sum of BGN 350-360 M owed to businesses could solve intercompany indebtedness amounting to several billion leva.

The National Association of Municipalities in the Republic of Bulgaria (NAMRB), however, claimed that its debt to businesses was smaller at the beginning of 2013 than in early 2012.

Chavdarova suggested that the debt of municipalities to businesses would amount to less than BGN 160 M at the beginning of 2013.

She made clear that the Finance Ministry had contributed to the reduction of the debt rate by granting extra financial resources to some municipalities.

Chavdarova admitted she had no idea how the extra money had been distributed among municipalities.

She refused to comment whether the distribution of financial resources had taken place on the basis of party affiliation of the Mayor but was adamant that the issue had not been discussed with the NAMRB for the first time.