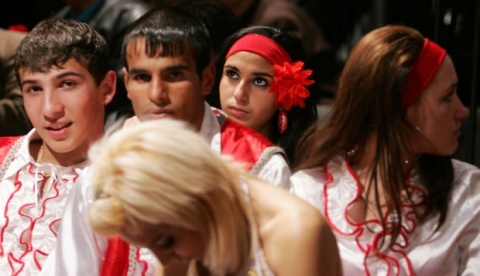 The date of the Roma New Year is not only moved forward in accordance with the old Julian Calendar, but involves the tradition of the great old saint Vasil.

According to one version of the legend, Vasil rebuilt a bridge destroyed by the devil, so that the Roma might walk across; according to another, he saved from a great flood.

Taking its name from him, the Roma feast is called Vasilyovden (Vasil's Day), Vasilitsa, or Bango Vassili (the Lame Vasil).

Roma families gather at their homes January 13 for New Year's Eve and hold festive dinners, traditionally including poultry (goose or rooster), as well as dolmas and festive breads.