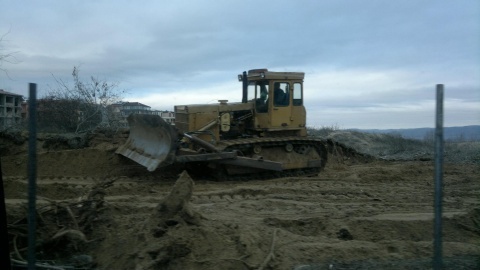 Bulgarian construction businessman Todor Boyadzhiev, recently implicated in the destruction of protected sand dunes, is among the donors of Bulgaria's Ministry of Interior.

This was revealed by an investigative material in weekly Tema magazine, which writes that in 2011 Boyadzhev donated BGN 5,760 to the Dimitrovgrad police unit for the purchase of fuel.

The practice of donations to the police by private companies and individuals, which has flourished under Minister of Interior Tsvetan Tsvetanov, has been the subject of controversy.

The scandal with the sand dunes in Black Sea town of Nessebar flared in the very end of 2012, when it transpired that the state had quickly de-classified the area as protected and had sold it to a private company for an excessively low price.

Minister Tsvetanov was also personally implicated in the murky deal, when news outlets recalled that Tsvetanov is the best man of Todor Boyadzhiev's daughter.

Bulgaria's Vice-PM and Minister of Interior has stated that although he is Boyadzhiev's family friend, he has no role whatsoever in the dealT.

However, in the past, Boyadzhiev had again surfaced as the man who transfered to Tsvetanov 2 of the 6 scandalous apartments acquired very quickly by the politician.

Sunday the Tema weekly recalls that for the first two years of the current GERB cabinet's coming to power in 2009, the businessman's TVB construction company has won BGN 25 M in public procurement.