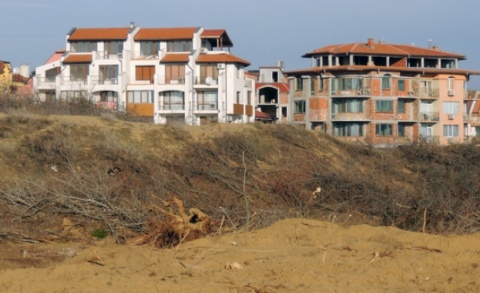 After the "Dunes Gate" scandal, it emerged that an entire district of Bulgaria's historic coastal town of Nessebar, could have been built on protected sand dunes. File photo

According to Burgas Regional Governor, Konstantin Grebenarov, who reported the news Saturday, three of the sites are already being probed.

All tipoffs were for construction in the historic coastal town of Nessebar.

The first one has been for the notorious Nessebar Cherno More (Black Sea) district. The probe established that protected areas have not been affected, but all documentation is yet to be examined. The committee, however, is not checking how the terrains have been taken out of the State forest fund.

The probe of the other two showed that one was not in a protected area while there was no construction on the other.

Meanwhile, the co-Chairman of the right-wing Blue Coalition, Martin Dimitrov, commented the fact the scandalous deal now-known as "Dunes Gate" was signed by a Deputy Agriculture Minister during the only day Minister, Miroslav Naydenov, was away, was very suspicious.

Dimitrov stated it was important for Naydenov to come to a hearing in the Parliament, in addition to constantly speaking before the media.

On Monday, the Minister of Regional Development and Public Works, Lilyana Pavlova, pledged that legal amendments will be tabled ASAP to lead to a full ban on construction activities in Bulgaria on plots listed as sand dunes.