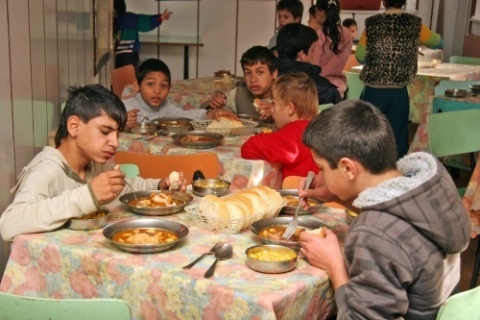 The Italian magazine "Espresso" has published a shocking article about cases of pedophilia in a Bulgarian orphanage.

The news was reported Saturday by the Bulgarian National Radio, BNR.

The article is based on the stories told by three Bulgarian children, who have been adopted a few months ago by Italian families.

According to the two boys, ages 10 and 11, and the girl, 9, the orphanage is located near the capital Sofia. The children have shared with their Italian parents that older children from the social home went to their rooms every night to beat them and rape them. The kids reported that the caretakers in the orphanage knew about the abuse, but never did anything to prevent it or stop it.

The boys and the girl have further said they have been victimized by adult pedophiles as well, who during the weekends picked them up from the social home, took them to bars, forced them into prostitution, raped them and took pictures of them.

They have also insisted that their caretaker threatened them that they would be brought back to Bulgaria if they dare to tell the above to their Italian parents.

The Italian psychologists, who are now working with the children, say their stories are absolutely trustworthy.

The Bulgarian Child Protection Agency confirmed before the Bulgarian National Radio that they have been informed about the case and the police are going to investigate it.