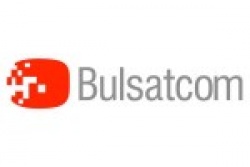 Bulgarian satellite operator Bulsatcom has been awarded a mobile operator license by the country's Communications Regulation Commission, according to dnevnik.bg.

Bulsatcom has thus become the fourth licensed mobile operator in the country after M-Tel, Globul and Vivacom.

Bulsatcom has announced that its GSM services will be available for costumers by the end of 2013.

The license is worth BGN 12 M.