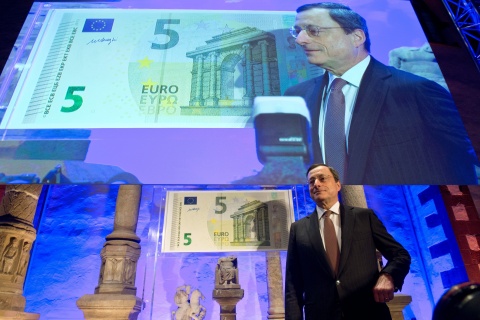 The new EUR 5 banknote will carry a Cyrillic inscription for the first time.

The EUR 5 banknote was presented Thursday at a press conference at the European Central Bank.

The new banknote also has better protection against counterfeiting, according to reports of Euractiv.

The press office of the Bulgarian National Bank (BNB) came up with a statement saying that the step gave rise to the application of the Cyrillic alphabet in the Eurozone and expanded the influence of the euro as a global currency.

"As a result, over 200 million people across the world using the Cyrillic alphabet, among which Bulgarians, as full-fledged EU citizens, will be able to read the word "euro"  in their national language on the banknote," BNB notes.