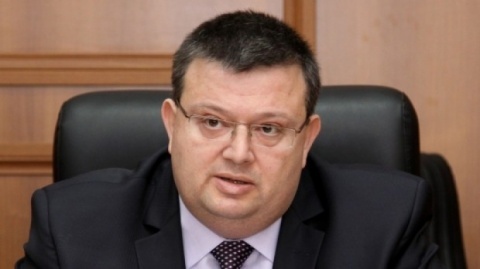 Sotir Tsatsarov's appointment as Bulgaria's new Chief Prosecutor is being challenged with the Supreme Court as illegal. Photo by BGNES

The decree of Bulgarian President, Rosen Plevneliev, for the appointment of Sotir Tsatsarov as Chief Prosecutor is illegal.

The statement was made Thursday by the site for investigative journalism and official partner of WikiLeaks for Bulgaria, Bivol.bg and the Swedish-based Committee for Bulgaria-European Partnership. The Committee has already sent a letter to the Supreme Administrative Court, VAS, protesting, challenging and appealing the decree, issued by Plevneliev in a hurry on the last wrokday for 2012, December 21, and just one day after the Supreme Judicial Council, VSS, elected Tsatsarov.

Bivol writes Thursday that in order for a VSS member (under article 29, paragraph 2 of the Constitution) to make a law-abiding and valid proposal to the President to appoint a Chief Prosecutor, there must be an act of VSS showing the Council had approved a protocoled decision about the candidate's election.

Only the complete protocol of the VSS meeting on December 20, when Tsatsarov was elected, obligatory signed by the meeting's chairperson, in this case Justice Minister, Diana Kovacheva, could be acceptable as such act. Under article 41, paragraphs 1 and 2 of the Constitution, the protocol should be prepared and published on the VSS site within 5 days after the election.

The 5-day deadline, however, has long expired and by Thursday, January 10, 2013, there is no protocol published by VSS, thus invalidating the December 21 presidential decree.

Bivol further informs that Plevneliev has declined to provide a copy of a written VSS proposal for Tsatsarov's appointment. According to the publication, the decree is violating the Constitution and must be revoked regardless of the fact that Tsatsarov was officially sworn in office Thursday.