Nabucco Construction in Bulgaria to Be Launched in Mid-2013 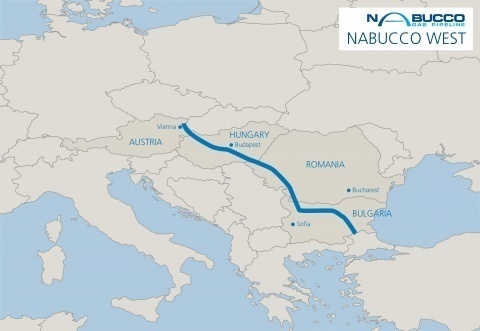 The construction of the Nabucco gas pipeline on Bulgarian territory will be launched in mid-2013, Bulgarian Prime Minister Boyko Borisov has announced.

During a Nabucco Committee sitting in Bulgaria's capital Sofia, Borisov pointed out that the gas pipeline project is seriously backed by the European Commission.

"This is the alternative, this is the possibility for real diversification," he told Nabucco Committee members and reporters.

The Bulgarian Prime Minister underlined his country's key role for the project.

Governmental delegations from Austria, Romania, Hungary and Turkey, as well as representatives of the investors and the International Monetary Fund were present at the sitting, among others.

The length of Bulgaria's Nabucco section will be 424 km.

The EU-backed Nabucco project is to carry Caspian natural gas to Europe by circumventing Russia.

In May 2012, the Nabucco Consortium presented the revised, smaller version of the gas pipeline project called Nabucco West.

The 1300-km pipeline Nabucco West is to carry Caspian gas from the Bulgarian-Turkish border to the Central European Gas Hub (CEGH) in Baumgarten and beyond.