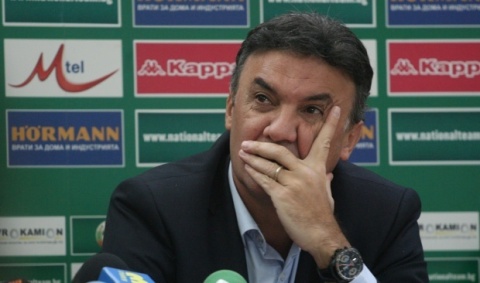 The Bulgarian Football Union has announced that it will appeal against the sanction levied against it by FIFA for supporter racism.

It was revealed on Wednesday that Bulgaria will have to play with no audience its next qualifying game, scheduled for March 22 against Malta. In addition, the Bulgarian Football Union will have to pay a fine of CHF 35,000.

The punishment was imposed by FIFA's disciplinary committee on Tuesday after a group of supporters racially abused Denmark substitute Patrick Mtiliga every time he touched the ball in October's Group B qualifier in Sofia.

However, the Bulgarian Football Union has argued that it has been punished disproportionately for racism and discriminatory behaviour of a very small number of fans.

Bulgarian Football Union president Borislav Mihaylov has further noted that the country has been sanctioned twice for the same thing, which he believes is unfair.