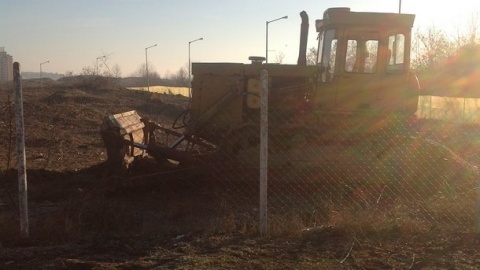 Nearly one third of the terrain that stirred a huge scandal in Bulgaria has been listed after all as sand dunes in a scientific report.

The news was announced by bTV, informing that the reports was written in 2007 by zoologist, professor, Petar Kolarov, who was 76 at the time, and was purposely concealed.

In the aftermath, the Director of the Regional Inspectorate for Environment and Waters in the Black Sea city of Burgas, Boycho Georgiev, insisted the location does not include sand dunes. He was backed by the Chief Architect of Nessebar, Valentin Dimov, who, speaking for Nova TV, confirmed the lot did not have dunes.

Agriculture Minister, Miroslav Naydenov, who was sent by Prime Minister, Boyko Borisov, on an emergency trip to the Black Sea coast, after expecting the site, stated that experts from the Bulgarian Academy of Sciences, BAS, must decide if the terrain included sand dunes.

Boycho Georgiev now says he found in the archives the report that listed sand dunes on 8.5 acres from the same terrain, and claims the report has disappeared mysteriously from documentation when his predecessor decided to not conduct an environmental assessment of the land plot.

According to Georgiev, his predecessor intentionally misled the other institutions which approve construction plans, and insists this exonerates him and he should not be held responsible and fired. He adds the application of the investor contained all required documents and none even hinted about the presence of dunes.

Georgiev has alerted the Prosecutor's Office about his discovery.

It was announced after the Monday meeting between representatives of environmental organizations, Borisov, Regional Development Minister, Lilyana Pavlova, Agriculture Minister Naydenov, and Environment Minister Nona Karadzhova that Georgiev and Biser Dachev, Head of Bulgaria's Executive Forestry Agency, will be dismissed over their failure to react to tip-offs about irregularities with protected areas.

After the meeting, Pavlova confirmed that legal amendments are to be tabled to lead to a full ban on construction activities in Bulgaria on plots listed as sand dunes.