Bulgaria May Face Stalemate on Schengen after March 2013 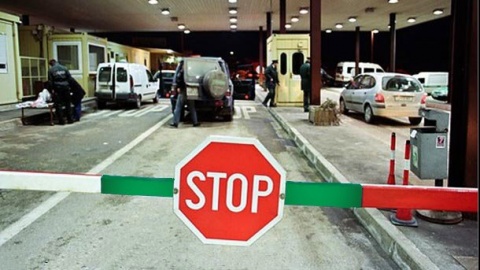 Bulgaria and Romania's Schengen bids may be put off the agenda of the EU interior ministers meeting in Brussels on March 7, according diplomatic sources in Brussels. Photo by EPA/BGNES

The political decision for the accession of Bulgaria and Romania to Schengen is likely to be postponed even after March 2013, according to diplomatic sources in Brussels.

EU interior ministers are to hold their first regular meeting under the Irish EU Presidency on March 7, when Bulgaria and Romania's Schengen bids are expected to be on the agenda.

But this can change, should the opposition to the two Balkan countries' prospects for accession by the Netherlands and other countries stay strong, the Bulgаrian state-owned radio reported, citing sources from the European Commission.

According to the report this time Romania is to blame as the new delay will be prompted by the complicated political situation in the country.

Bulgarian media recently commented that the enlargement of the Schengen area does not seem to be among the priorities of Ireland's upcoming EU presidency.

Ireland's Minister of State for European Affairs Lucinda Creighton has declared that the country backs the bloc's current enlargement policy, saying she hopes that Serbia would receive a EU negotiations date by June 2013, according to the Bulgarian Telegraph Agency.

However, Creighton did not mention Bulgaria and Romania's Schengen accession bids among her country's priorities.

Bulgarian media have reminded that all EU presidencies since the beginning of 2011 have named the two Balkan country's Schengen entry as a priority.

The current proposal for the two EU newcomers suggests a two-step approach: in a first step, checks on persons would be abolished at internal sea and air borders with and between Bulgaria and Romania; at the same time,the two countries would fully join the Schengen Information System (SIS). In a second step, checks on persons at internal land borders would be lifted.