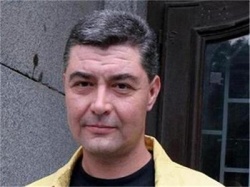 Biser Dachev, Head of Bulgaria's Executive Forestry Agency, is yet to be notified officially about his dismissal. Photo by 24 Hours daily

Biser Dachev, Head of Bulgaria's Executive Forestry Agency, is yet to be notified officially about his dismissal.

Speaking Monday for the Bulgarian National Radio, BNR, Dachev stated that so far he has not been approached by anyone, including Prime Minister, Boyko Borisov, and Agriculture Minister, Miroslav Naydenov, to be told the grounds for his sacking or be asked for his position on the issue.

He added he would comment on the dismissal only after receiving official information on it.

It was announced after the Monday meeting between representatives of environmental organizations, Prime Minister Boyko Borisov, Regional Development Minister Pavlova, Agriculture Minister, Miroslav Naydenov, and Environment Minister Nona Karadzhova that Dachev and Boycho Georgiev, Head of the Regional Inspectorate of Environment and Water in the Black Sea city of Burgas, will be dismissed over their failure to react to tip-offs about irregularities with protected areas.

The scandal with construction activities on 29 decares of protected area between Ravda and Nessebar on the Black Sea coast erupted in the last days of 2012 when environmentalists said that the area was part of the Aheloy-Ravda-Nessebar protected area from the Natura 2000.