Bulgarian Nationalists Ask Apology from US for WW II Bombing 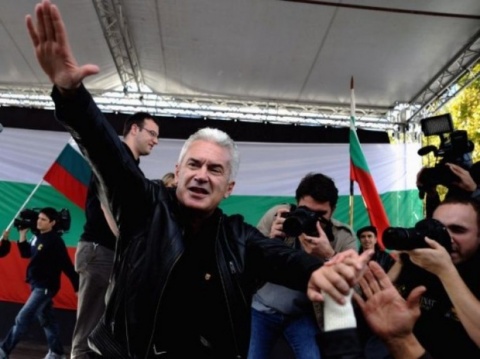 Nationalist leader Volen Siderov says the US 1944 bombing of Bulgaria's capital Sofia has been a premeditated massacre of civilians. File photo by BGNES

Bulgaria's far-right, nationalist Ataka party is organizing on January 10 a protest rally in front of the US Embassy for the anniversary of the 1944 bombing of the capital Sofia.

The nationalists are demanding an apology from the Americans and material compensations for the families of those who were injured and perished in the bombing.

Ataka leader Volen Siderov stressed that they also press for the dismantling of the monument of American pilots in Sofia. He explained he was grounding the initiative on the nationalists' firm belief the US bombing was a premeditated massacre of civilians.

The party has filed with the Sofia City Hall a request to mount a memorial plaque for the 4 200 Bulgarian victims and call on all their relatives to get in touch with Ataka in order to receive legal assistance for their claims towards the Americans.