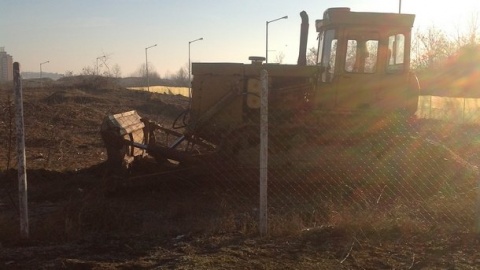 Legal amendments are to be tabled to lead to a full ban on construction activities in Bulgaria on plots listed as sand dunes, the Minister of Regional Development and Public Works, Lilyana Pavlova, confirmed Monday.

Pavlova also reiterated that the proposal will include a text to better define the notion "sand dune," and amendments to the Forestry Act.

Some of the amendments aim at having public access to the general and detailed urban plans for all construction projects, and to environmental risk assessments. Eco activists further demand changes in the statute of forests listed in Natura 2000 to include only State and municipality owned plots.

It also emerged after the Monday meeting that Biser Dachev, Head of Bulgaria's Executive Forest Agency, and Boycho Georgiev, Head of the Regional Inspectorate of Environment and Water in the Black Sea city of Burgas, will be dismissed over failure to react to tip-offs about irregularities with protected areas.

On Friday, Bulgaria's Directorate for National Construction Control, DNSK, repealed the permit issued for residential construction in a protected area with sand dunes on the Black Sea coast near the top resort and historical town of Nessebar.

The repeal of the construction permit, which came after a public outrage in the social media, was also announced by Pavlova.

The Minister presented the results from the DNSK inspection regarding the construction permit issued for construction in the Kokala (The Bone) area, Cherno More (Black Sea) quarter, town of Nessebar.

Pavlova said the permit was illegal because of the lack of technical project and engineering infrastructure for the 122 buildings. She noted that administrative sanctions and fines would be imposed on the Chief Architect of the Town Hall and some municipal employees.

Also on Friday, it became clear that the Bulgarian Prosecutor's Office started a probe into the case with the construction in the sand dunes area near Nessebar, which, at the Prime Minister's  request, will include the period from January 1 till December 31, 2012.

Borisov is also reported to have ordered Bulgaria's Ministers of Regional Development, Agriculture, and Environment to update the Forestry Act, the Environmental Protection Act, the Biological Diversity Act, and the Black Sea Coast Organization Act "so that such deals and construction projects couldn't be allowed."

Friday morning Agriculture Minister Miroslav Naydenov visited the area near Nessebar, and shocked the public by stating that he was going to ask experts from the Bulgarian Academy of Sciences, BAS, on their position on whether the protected area in question actually consisted of sand dunes. He further said that it was possible that the entire Cherno More quarter was built on sand dunes.

The scandal with the 29 decares of protected area between Ravda and Nessebar on the Black Sea coast erupted in the last days of 2012 when environmentalists said that the area was part of the Aheloy-Ravda-Nessebar protected area from the Natura 2000.