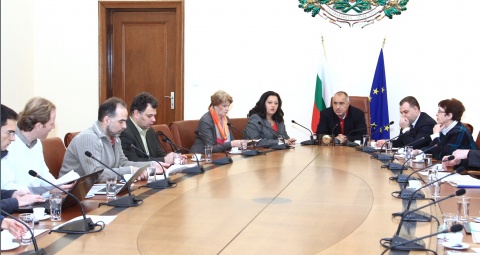 Agriculture Minister Miroslav Naydenov has assured that Biser Dachev, head of Bulgaria's Executive Forest Agency, will be dismissed over the body's failure to react to tip-offs about irregularities with protected areas.

The Monday meeting was called over the scandalous deal with protected sand dunes territory.

Dachev's dismissal was confirmed several hours after Boyko Borisov declared he would most likely remove him from the post over "Dune gate."

Earlier on Friday it was reported that the prosecuting authority had launched a probe into the case which would span the period January 1 – December 31, 2012.

The scandal with the 29 decares of protected area between Ravda and Nessebar on the Black Sea coast broke out in the last days of 2012 when environmentalists said that the area was part of the Aheloy-Ravda-Nessebar protected area from the Natura 2000.

It turned out that the area had been sold without a tender according to an older law which had been in force until 2010.

Bulgarian Environment Minister Nona Karadzhova explained Monday that the discoveries surrounding "Dune gate" would also lead to the dismissal of Boycho Georgiev, head of the Regional Inspectorate of Environment and Water in the Black Sea city of Burgas.

Regional Development Minister Lilyana Pavlova shed light on the legal changes that would be adopted to prevent "Dune gate" from recurring.

She informed that the most important amendments would be part of the Black Sea Coast Act and would introduce a total construction ban on dunes on both private and state-owned territories.

Pavlova also said that the change of land use for protected areas would be banned.

The Bulgarian Ministers also explained that a parliamentary ad hoc committee would be set up to probe all deals with state and municipal property since 2003.