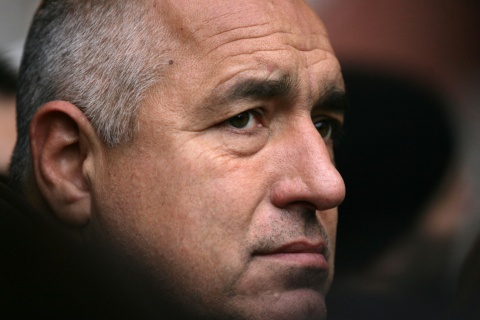 Bulgarian Prime Minister Boyko Borisov has suggested that the director of the Executive Forest Agency could be dismissed by the end of the day in connection with the scandal over a construction permit for a protected area. Photo by BGNES

Bulgarian Prime Minister Boyko Borisov has suggested that the director of the Executive Forest Agency could be dismissed by the end of the day in connection with the scandal over a construction permit for a protected area.

Borisov emphasized that whenever a public official was found guilty during the term in office of the center-right GERB government, the person was either dismissed or handed over to the prosecuting authority.

In a Monday interview for the morning broadcast of Nova TV, Borisov made clear that Forest Agency head Biser Dachev had been under an obligation to check the deal for terrain on the protected area with sand dunes or to at least inform the Prime Minister about it.

On Friday, Bulgaria's Directorate for National Construction Control, DNSK, repealed a permit issued for residential construction in a protected sand dunes area on the Black Sea coast near the top resort and historical town of Nessebar.

The repeal of the construction permit, which came growing public outrage over the scandal, was announced by Regional Development Minister Lilyana Pavlova.

Earlier on Friday, it became clear that the Bulgarian Prosecutor's Office had launched a probe into the case which would span the period January 1 – December 31, 2012.

The scandal with the 29 decares of protected area between Ravda and Nessebar on the Black Sea coast erupted in the last days of 2012 when environmentalists said that the area was part of the Aheloy-Ravda-Nessebar protected area from the Natura 2000.

It turned out that the area had been sold without a tender according to an older law that had been in force until 2010.

In his Monday statement, Borisov also said that he would back the proposal of the Bulgarian Socialist Party (BSP) for the creation of a parliamentary inquiry committee tasked with investigating all similar deals for state-owned terrains.

He noted that the Commission would consist of only 1 representative of center-right ruling party GERB and assured that it would be open t the media.

"Then you'll see that hundreds of thousands of such deals were sealed during the previous government" Borisov stated, as cited by dnevnik.bg

Borisov was adamant that the deals conduced by the brother of former Prime Minister Sergey Stanishev required special attention.

As regards the ongoing protests of workers at the the largest Bulgarian military plant, the state-owned VMZ Sopot, Borisov argued that no investor would be willing to buy the company on the condition that they could not implement staff cuts.

The workers at VMZ Sopot are outraged by the constant delays of their salaries and keep staging rallies with demands for securing orders for military factory and for better working conditions in the winter.

Bulgaria's Prime Minister made clear that he opposed a staff cut of 50% at the arms manufacturer but suggested that there was not enough work for all employees.

Borisov reasoned that VMZ Sopot had been badly planned and in order to secure work for the staff of 3000, the company had to secure export contracts or otherwise it would be dependent on state subsidies.

The sole remaining candidate for the privatization of the arms maker, Emko EOOD, is to announce by the end of the week whether the company will file a final bid for the military plant.