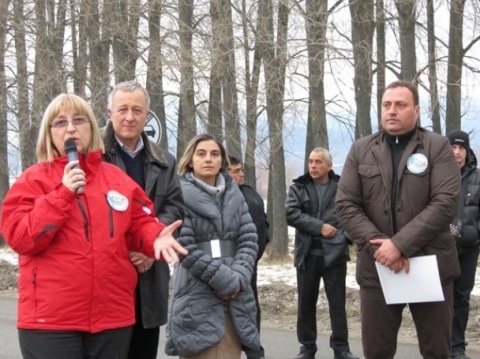 Bulgarian vice-minister for tourism Ivo Marinov has spoken up in support of the expansion of Bulgaria's prime winter resort, Bansko.

Between Christmas and New Year's, Bansko residents led by mayor Georgi Ikonomov went out on self-styled rallies to request expansion of ski facilities in their town.

They had accused what they have called "enviromental racketeering" for allegedly dooming the area to economic underdevelopment.

Environmentalists have argued that Bansko is already overdeveloped, with excessive amounts of hotel beds and ski runs that have already harmed the nearby Pirin National Park, a UNESCO World Heritage site.

"Bansko can become a resort of national status, and then access to skiways must be expanded," said vice-minister Marinov for the Bulgarian National Radio Sunday.

The rallies by Bansko residents were backed by Marinov, Bulgarian Parliament Speaker Tsetska Tsacheva and vice-PM and Minister of Interior Tsvetan Tsvetanov, who all showed up to join protesters.

Critics cried foul at what they saw as protests staged by those in power in order to serve corporate interests.

Bansko's main ski and tourist operator, Yulen, is known to be held by Tseko Minev, who also owns Vitosha Ski and First Investment Bank, chairs the Bulgarian Ski Federation, and is known to be close to Bulgaria's PM Boyko Borisov.