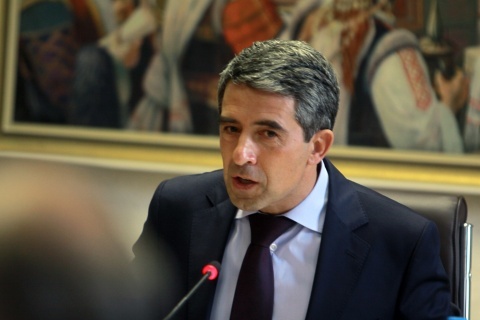 President Rosen Plevneliev warned Bulgarians of the dangers of pinning hopes for a better life on the end of the crisis or the empty pre-election promises of politicians. Photo by Sofia Photo Agency

Bulgarian President Rosen Plevneliev has declared that he is proud of his first New Year address to the nation since assumed office in 2012.

In a written statement, Plevneliev has claimed that he writes his own speeches and "stands by every word he says."

The President has pointed out that "thousands of people" have congratulated him for his speech.

Commenting on the embarrassing blunder in which a photo showing Aspen, US, was used in the televised New Year's address to illustrate the "unique beauty" of Bulgarian nature, Plevneliev has noted that the selection of pictures that his words was not his responsibility.

The first ever televised New Year's address of Bulgarian President Rosen Plevneliev stirred heated debates in the country with some applauding it and others ridiculing it.