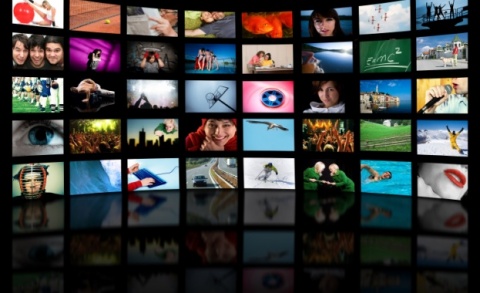 The war between the largest private TV and the largest cable operator brought down prices for cable and digital TV in Bulgaria. File photo

The new prices, requested by bTV Media Group, are about 50% of the entire amount the cable operator Bulsatcom pays for rights to air all other programs, the company says in an official statement.

The grounds are breach of contract on the part of Bulsatcom by failing to pay dues and quoting a lower than real number of users to reduce fees.

The two sides could not seal a contract for 2013 over the said reasons.

On its part, bTV insist the media is being discriminated against by Bulsatcom over the latter's refusal to transmit its programs despite the much better conditions offered by the TV, compared to other Bulgarian channels. The network accuses the cable provider of using its 35% market share to blackmail the media and customers.

In the most recent statement, Bulsatcom counters that the lack of transparent fees and attempts to brand together the free of charge non-cable bTV program with its lower-rated cable channels represent pressure on the cable operator and all its customers.

Bulsatcom adds that until now the number of users has not been a criterion to determine the amount of fees for transmitting bTV programs, thus the claim they conceal the real number of customers was simply slander. They add that every year they collect and publish data about the expansion of their network to the national telecommunication regulator.

Bulsatcom further informs their customers that they will pay lower fees during the time they cannot watch the bTV channels.

The TV stopped airing its programs for Bulsatcom customers on December 22, but reinstated the transmission two days later, all while stressing this was a temporary measure, just so that viewers can still enjoy the programs during the holidays.

bTV has been followed by TV7, which declared they would not be renewing their contract with Bulsatcom on the same grounds. Later, TV7 also decided that it was more important for them to not deprive viewers from their programs and continued the broadcast.

Bulsatcom received support from the 21-member Bulgarian Association of Cable Communication Operators (BACCO), which on December 31 announced it will have to suspend bTV and TV7 from their programs, as their actions constituted a cessation of contract.

The Association also added that bTV's new requirements could result in cable operators being forced to up prices for end users. Representatives of the Association of Telecom Users have argued that the move by bTV and TV7 aims at diverting users from Bulsatcom to Vivacom. However, Vivacom is also a BACCO member.

The Users' Association stated that it had already sent Commissioner Nellie Kroes a letter regarding what they called a "dishonest trade practice" on the part of the TV channels.

In response, bTV also sent a letter of complaint to the European Commission over what it saw as "unfair actions" on part of Bulsatcom.

Currently, bTV can be seen non-cable with an antenna and life online.

Bulsatcom promises to assist their customers with installing non-cable antennas. The operator has also started to transmit some new programs and is negotiating to add others.

Meanwhile, the war has brought down prices for cable and digital TV in Bulgaria with competitors of the cable operator offering new packages in an attempt to attract bTV fans as customers.

The offer of Vivacom for the 7 bTV channels: bTV, bTV Cinema, bTV Action, bTV Comedy, bTV Lady, Ring.bg and bTV HD start at BGN 9.80 a month. M-Tel offers a package for BGN 29.90, but it includes adding a laptop, a smart phone or a second TV set. The Blizoo price for bTV is BGN 7.95 for the first four months. Net 1 offers internet and TV for BGN 19.90 for a 18-month contract.