Photos of Bulgarian Fortress Pop Up in Turkish City Ad 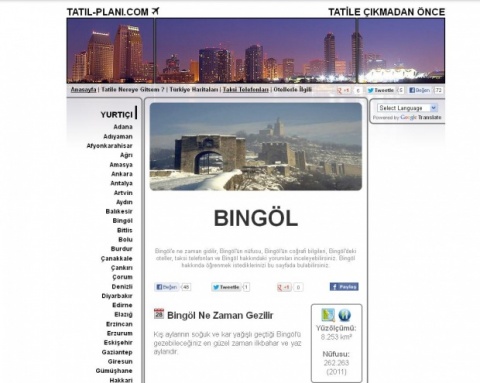 A screenshot from the website of Tatil-Plani.com shows an image of Bulgarian medieval fortress Tsarevets used to present a location in Bingol, Eastern Turkey.

Photos of the Tsarevets Fortress at the Bulgarian medieval capital Veliko Tarnovo have popped up on travel website advertising Turkish destinations.

According to www.tatil-plani.com the fortress of Tsarevets is not in Bulgaria but in Bingol in Eastern Turkey.

Internet users in Bulgaria have become extremely conscious of delusive use of images on the Internet following the recent scandal with the New Year's Eve speech of Bulgarian President during which a photo of the US Rocky Mountains resort of Aspen, Colorado, was shown as a demonstration of the beauty of Bulgarian nature.

Later, it turned out that the Presidential Administration downloaded the image from the website of Bulgarian tour operator Balkantourist where it was used to portray the Bulgarian mountain resort of Pamporovo.

A female official of Balkantourist who uploaded the Aspen photo on the company website has been fired as a result of the scandal.