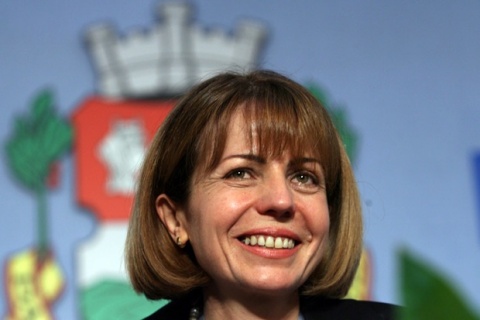 The Sofia Municipality has attracted over BGN 2 B in investments over the past two years, according to Sofia Mayor Yordanka Fandakova. Photo by dariknews.bg

The Sofia Municipality has attracted over BGN 2 B in investments over the past two years, according to Sofia Mayor Yordanka Fandakova.

In a Thursday interview for TV7, Fandakova noted that a large portion of these investments had come from EU funding but the Sofia Municipality had managed to find resources for the co-financing of projects.

She further specified that the investment in the construction of the Sofia subway had amounted to around BGN 1 B, while the other funds had gone to infrastructure improvements, retrofitting of school buildings, and the depot for non-hazardous waste.

Fandakova said she expected tax collection to improve in 2013, despite the fact that the local taxes and fees had not gone up.

At the end of 2012 it emerged that repair works in Sofia would continue at full pace in 2013, investor.bg reminds.

The schedule of the Sofia Municipality includes the reconstruction of main road arteries like Tsarigradsko Shose Blvd and Lavov Most.

In order to be able to fulfill its plans, the Sofia Municipality will apply for a loan of over EUR 50 B from the European Investment Bank (EIB).

Apart from that, a sum of BGN 100 M from the municipal budget will be allocated for repair works.