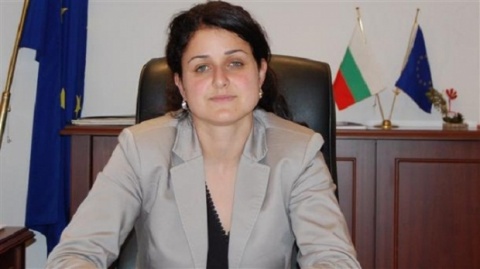 Bulgaria's Deputy Agriculture Minister, Svetlana Boyanova, has been the official who signed the controversial deal for the sale of State lands on the Black Sea coast. Photo by BGNES

Bulgaria's Deputy Agriculture Minister, Svetlana Boyanova, has firmly denied Wednesday she had signed the controversial deal for the sale of State lands on the Black Sea coast under pressure.

It emerged that Boyanova was the one to sign the contract that triggered a scandal in Bulgaria just hours before the arrival of the New Year 2013, over reports illegal construction was going on in a protected coastal area.

"I signed because they brought the document to me for signature. And they did it because Agriculture Minister, Miroslav Naydenov, was on a business trip to Brussels," said she.

It was revealed just hours before New Year's Eve that SLE Group has purchased 29 decares of sand dunes near the historical town of Nessebar on the southern Black Sea Coast for BGN 4 M only one day after the same terrain was sold by the Agriculture Ministry to Dimitar Petrov from Plovdiv for a much lower price.

The story with the purchase by SLE group emerged Sunday after Bulgarian eco activist, Toma Belev, posted on his Facebook profile an alert that excavators were destroying dunes in the Kokala (The Bone) site, near Nessebar, in a protected area from Natura 2000. Belev insists the State has lost nearly BGN 3.5 M from the unfavorable deal.

Boyanova now says there was no way for her to check every document she signs. She reiterated that she had no special interest in this particular transaction and did not notice anything wrong. The Deputy Minister noted that she was not an appraiser in order for her to be able to estimate the real price of the land plot.

On the order of Prime Minister, Boyko Borisov, currently the National Construction Control Directorate, DNSK, has stopped all construction activities at the site. On January 3, an ad hoc inquiry committee with experts from several institutions and several NGOs is expected to probe the deal.