Minimum Wages in Bulgaria Up, Pensions - as of April 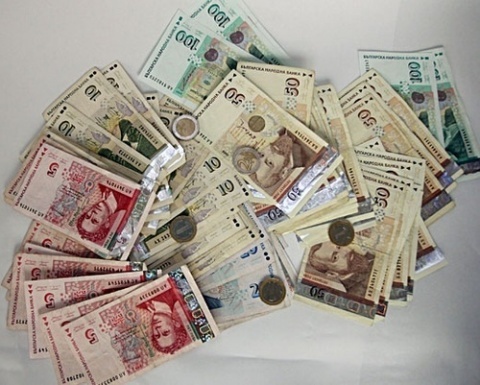 This is envisaged by the country's state budget for 2013, which parliament approved in December last year.

The maximum social security thresholds go up from BGN 2000 to BGN 2200, while pensions will increase on a differentiated basis by an average 9% as of April 2013.

A survey conducted by the Bulgarian Industrial Chamber at the end of last year showed that the average monthly wage in the country went up by BGN 48 in the first nine months of 2012, from BGN 720 in January to BGN 768 in September.

It shows that only high salaries are going up, while the low ones, including the minimum wage, stay at the same level or register slim increases.

The highest average monthly wage is registered in the IT sector -  BGN 2 324, which is by BGN 200 higher, compared to the beginning of the year, and nearly BGN 400 more, compared to the third quarter of 2011.

There is a small reduction of wages in the financial and insurance sectors in the last months as well, however employees make BGN 100 more a month, compared to last year.

The administration registers the lowest salaries and they have increased in the January – September 2012 period only by BGN 9 – from BGN 485 to BGN 494.

Salaries in the hotel and restaurant sector register increases only in the summer, while the average monthly wage of teachers is BGN 704.