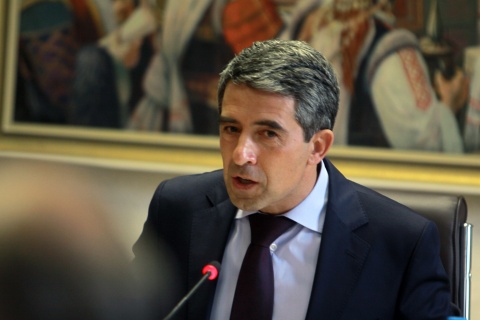 President Rosen Plevneliev warned Bulgarians of the dangers of pinning hopes for a better life on the end of the crisis or the empty pre-election promises of politicians. Photo by Sofia Photo Agency

As he addressed the nation minutes before the New Year set in, President Rosen Plevneliev urged fellow Bulgarians to turn their backs on nostalgia and hatred and fight for a stronger civil society in 2013.

"Next year we are about to hold the first referendum in the democratic history of Bulgaria, as well as parliamentary elections. Let's be more active and defend our right to justice and solidarity. This will strengthen civilian control over politicians, because democracy means freedom but also responsibility," President Plevneliev said in his first New Year 's Eve televised address.

He warned Bulgarians of the dangers of pinning hopes for a better life on the end of the crisis or the empty pre-election promises of politicians.

"We all want to live in a cozy and modern country. This can be done only if millions of Bulgarians pool their efforts, share the same goals and values."

Footage from the flooded village of Biser and the quake-hit town of Pernik, photos of beautiful Bulgaria and Bulgarians who want international recognition last year ran alongside the president's image in a bid to emphasize the stronger points in his speech.