Last Day to Avoid Fiscal Cliff in US 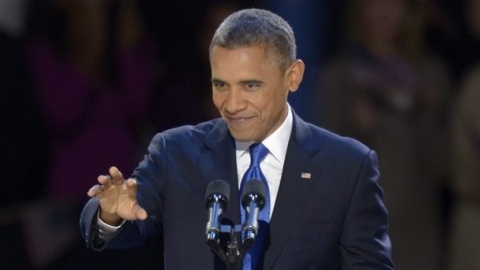 US President Barack Obama says the priority is to ensure taxes do not rise for middle-class families because that would hurt the economy badly. Photo by EPA/BGNES

US Senators are continuing to seek a compromise deal on budget deficit Monday to send to the House of Representatives as they have one more day to avoid the "fiscal cliff."

Talks are still at deadlock and failure to reach agreement by January 1 could push the US back into recession. If the deal falls through, the country will face a serious fiscal crisis, known as the "fiscal cliff" because the Bush-era tax cuts are due to expire Tuesday, and automatic, mandatory across-the-board cuts to military and domestic spending will kick in.

This means taxes will rise for virtually every working American. Analysts say this could significantly reduce consumer spending, leading the US economy to fall off the "fiscal cliff".

BBC reports Monday that President Barack Obama has blamed Republicans for the deadlock in their endless effort to protect tax breaks for the rich.

After the latest round of intense negotiations in the Senate Sunday the main sticking points reportedly include such key issues as the income threshold for higher tax rates and inheritance taxes.

Democrats say the Bush-era tax cuts should be extended for all Americans except the richest - those with annual earnings of more than USD 250 000. Republicans, who in general oppose tax raises, insist the deficit is a consequence of excessive government spending. They want the tax threshold set higher, at around  USD 400 000, and for revenue to be raised by economic growth and cuts in spending.

If no agreement is reached on Monday, senators are expected to be given the chance to vote on a fallback plan proposed by Obama, which would renew tax cuts on earnings under USD 250 000 a year and extend unemployment benefits, but does not address the spending cuts.

An attempt to tackle the government debt limit and budget deficit failed in 2011, and Republicans and Democrats agreed then to postpone difficult decisions on spending until the end of 2012.

BBC further informs that late Sunday, Senate Republicans have announced they were dropping their proposal to slow the growth of Social Security payments, which would have reduced the retirees' and the disabled's benefits, something Democrats strongly opposed.

In his Sunday interview with NBC's "Meet the Press," Obama said the priority was to ensure taxes do not rise for middle-class families, saying that would "hurt our economy badly".

"That's something we all agree on. If we can get that done, that takes a big bite out of the 'fiscal cliff'," he said.