What Was 2012 Like for Bulgaria? (According to Novinite.com, Novinite.bg, Novinite.ru) 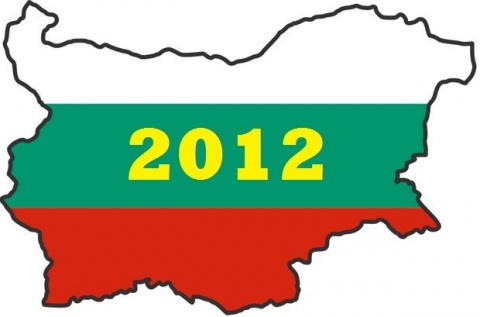 At the end of 2012, the journalists of Novinite.com (Sofia News Agency), Novinite.bg, and Novinite.ru are offering you their take on a crucial question...

Though the world did not end, the economic apocalypse sent thousands of Bulgarian SMEs falling by the wayside.  Traditionally called the backbone of the economy, these companies were pressed by shrinking demand, unloyal and unregulated competition from imports (aka smuggling), bureaucratic regulations. Tens of thousands of Bulgarians lost their jobs. Despite its healthy financial figures, the country remained off, off, off the way to economic recovery. In my opinion, this was the worst news last year. The "good" news is that we have experienced so many apocalypses foretold and unexpected that we have lost our sensitivity to them. But the new series of lost opportunities (deliberately or not) will hardly motivate young people not to search opportunities abroad.

2012 was a year of earthquakes, mountain fires, torrential rains and floods for Bulgaria. The natural disasters unlocked a great deal of human suffering and administrative chaos. Yet the world failed to end. Doomsday was met with loads of sarcasm vs huge hopes for the transformative power of Dec 21, 2012. If only Bulgarians could turn their creativity at creative distortion of doom prophesies into designing small steps for the improvement of their daily, weekly, monthly lives?

2012 shook Bulgaria – a suicide terrorist attack with 6 victims in the Burgas Bus Bombing, a 5.8-magnitude earthquake in Pernik, a series of blasts at military depots at Petolachkata. In Bulgaria, there was unprecedented public discontent – from the Eagles' Bridge rallies to the unseen protest of judges before the Supreme Judicial Council after the dismissal of judge Miroslava Todorova. After that there were tremors in the judiciary that were unheard of but all the conclusions and lessons from all of that seem to be left for 2013 as 2012 saw only the great hustle and noise that they caused.

2012 was a challenging year for Bulgarian people, who had to turn their attention to serious issues and not just the everyday problems – earthquakes, floods, acts of terrorism. We continued to enjoy "stability in misery" and to amuse ourselves with "heated political struggles". One of the few things that bring a bit of hope is the awakening of sorts of our civil consciousness, even though we're still not sure what we're fighting for.

Prime Minister Boyko Borisov and his ruling GERB party expanded their efforts to establish an authoritarian regime, with GERB gaining full control over the judiciary and almost full control over the media. The major oppositional formation, the Bulgarian Socialist Party, was preoccupied with lobbying for a particular nuclear power plant project. People grew poorer and even more disillusioned.

2012 was a tough year for Bulgaria. The economy is in a difficult state, and the one of politics is so deplorable that it appears comical. I think that Bulgarians are once again disappointed from the next messiah on whom they counted for rescue. However, the protest rallies of young people, the strongest attention to what is happening in the judicial system and to the blunders of politicians showed that civil society is born in Bulgaria and this is a source and reason for optimism. Young people are the hope of the country. If only they chose to stay here.

Even though it survived December 21, 2012, Bulgaria didn't have its best year: unemployment went up noticeably, prices rose, people became more impoverished, Bulgaria failed to make it into the Schengen Area. We witnessed scandals in state and church, the termination of the project for the second NPP in Belene, many key trials that saw no justice prevailing at the end. 2012 wasn't very favorable to the Borisov Cabinet either, whose public trust declined substantially. At the end of this tough year, however, let's be optimistic and look forward with hopes for a better: that the economy will start to recover even if slowly, that there will be more employment for young people and better retirement for the elderly, and that we have more smiles and fewer concerns ahead of us in 2013.

2012 was tense for Bulgaria, and it put to the test the political culture of both the government and the opposition. Bulgaria was torn by daily scandals in Parliament but leaving politics aside – it was important for the civic self-consciousness of the Bulgarians who dared numerous times to get organized and protect their forests, to wave dirty diapers before the MPs, and to toss tomatoes at the Parliament building because they want something better for their society.

2012 was a year of sudden natural disasters and continuing political swamping. A year of greater and greater concentration of formal and informal power resources in the executive and the ruling party. A year of impoverishment and frustration. But also a year of increased civic activism.

2012 was a year of economic stagnation demonstrating that at least in the short run Bulgaria's economic prospects are rather dim. Against this backdrop, the modest but still important progress in the construction of some infrastructure projects, and the absorption of EU funds, the government of Prime Minister Boyko Borisov and the GERB party continued to get closer with suspicious oligarchic circles, and to pay only lip service to democracy in the Bulgarian Republic. And since this government turned out to be about as corrupt and incompetent as any of its predecessors, it logically came to a collapse of its public trust. The bright side was the timid awakening of the Bulgarian civil society but it is still unclear whether this awakening will reach a critical mass of participants to produce change. A number of existential threats for the Bulgarian nation – such as the demographic catastrophe, the ethnic tensions, the collapse in education, and the psycho-social collapse – remained the same way – they weren't tackled or even mentioned.