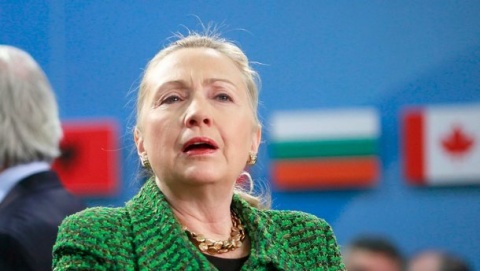 US Secretary of State Hillary Clinton has been hospitalized after doctors discovered a blood clot related to a concussion she suffered earlier in December.

Philippe Reines, Deputy Assistant Secretary of State, informed that doctors had discovered the clot Sunday during a follow-up exam at a New York hospital.

"She is being treated with anti-coagulants and is at New York Presbyterian Hospital so that they can monitor the medication over the next 48 hours,'' he added, cited by ABC News.

"Her doctors will continue to assess her condition, including other issues associated with her concussion. They will determine if any further action is required," Reines noted.

Earlier in December, the US Secretary of State contracted a stomach virus during a five-day stay in Europe.

A week later, Clinton's doctors said she had become severely dehydrated due to the effects of the stomach virus and had fainted, suffering a concussion.

The US Secretary of State had to cancel a trip to North Africa and the Middle East due to her medical condition.

World » Be a reporter: Write and send your article
Tags: US Secretary of State, Hillary Clinton, hospitalized
Advertisement
Advertisement
Expats.bg All Are Welcome! Join Now!
Related Articles:
More from World