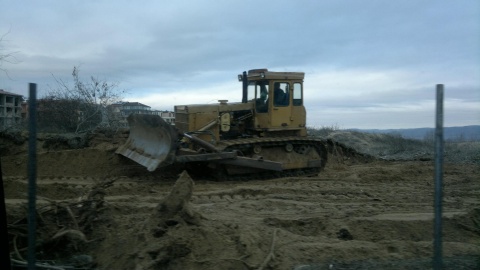 Images showing bulldozers levelling a construction site in what is claimed to be a Natura 2000 protected beach area near Nessebar surfaced in social networks over the weekend.

A check by investigative Bulgarian Wikileaks partner site Bivol.bg has revealed that the lot has been sold to a private individual for an excessively low price by the Ministry of Agriculture.

According to Bivol, the site was sold by Agriculture Minister Miroslav Naydenov for BGN 20 per sq.m., much less than the tax assesment of the area, amounting to BGN 50/ sq.m, end of November.

The land lot was then quickly re-sold by the private individual for some BGN 140 per sq.m., which means that the state has been damaged with some BGN 3.5 M in the deal, says the site.

According to environmentalist Toma Belev, the site has undergone de-classification from Natura 2000, a change of its development plan, and has been sold for the impressively short period of one month.

Belev has added that such a deal constitutes unwaranted state aid for private entities similar to the land swaps for which Bulgarian cabinets in the past have been notorious.

He said that environmental organizations will duly notify the European Commission about what happened.