Half of Russians Still Regret Dissolution of USSR 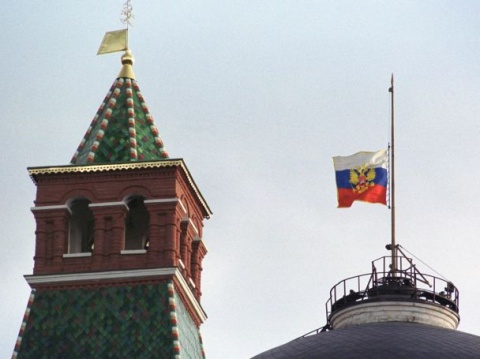 In December 1991, the leaders of Russia, Ukraine and Belarus signed the agreement on the creation of the Commonwealth of Independent States, which gave the start of a peaceful disintegration of the USSR. File photo

Over half of all Russians, mainly the elderly who have no access to the Internet, regret the dissolution of the Soviet Union.

The data comes from a poll published on the eve of the 90th anniversary of the foundation of the USSR, as reported by the Russian RIA-Novosti, cited by the Bulgarian News Agency BGNES.

The survey has been conducted by the All- Russian Public Opinion Research Center (VCIOM) revealed.

On December 29, 1922, 90 years ago, the victorious Bolsheviks formed the Soviet Union with the unification of the Russian, Transcaucasian, Ukrainian and Byelorussian republics.

According to the VCIOM poll, 56% of Russians regret the dissolution of the Union, which is however, almost 10% less than a decade ago (65%).

33% - mainly young people, people with college degrees, and active Internet users, do not regret the dissolution, compared to 27% 10 years ago.

Two thirds of the polled agreed that Soviet Union furthered the cultural and economic development of peoples that lived on the territory of the country. At the same time, 20% believe that it was the other way around.

The state that once united 15 republics dissolved in December 1991, after the leaders of Russia, Ukraine and Belarus signed the document which marked the end of the Soviet empire.

On December 8, 1991, the leaders of Russia, Ukraine and Belarus signed the agreement on the creation of the Commonwealth of Independent States, which gave the start of a peaceful disintegration of the USSR. On December 12, 1991, the Supreme Soviet of the Russian Soviet Federative Socialist Republic ratified the accords on behalf of Russia and at the same time denounced the 1922 Treaty on the Creation of the Soviet Union.

Several days later – on December 25, 1991 – the first and only Soviet President Mikhail Gorbachev stepped down from office, declaring the USSR extinct.