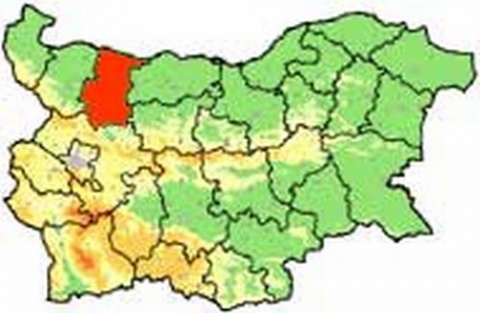 The village of Milorad is located in the Vratsa District in Bulgaria's Severozapaden region, the poorest region in the EU. Map from Wikipedia

The residents of Milorad, a village in Northwestern Bulgaria, have threatened to stop paying taxes to the central government unless it finally gets some protection against incessant thefts, robberies, and other crimes that they attribute to local Roma.

Milorad Mayor Petar Garvanski has sent a letter to Interior Minister Tsvetan Tsvetanov with a cry for help urging the police to take measure to tackle the rampant crimes in the village, the Presa daily reported.

According to Garvanski, the village of Milorad has no standing police officers, and relies on its security on three officers that are expected to be in charge of a much larger area encompassing a number of villages in the Borovan Municipality.

The threat of Milorad's residents to stop paying taxes has resulted from an explosion of home and livestock thefts in the recent weeks, even though they say they have been seeing constant crimes of this sort for years with no help on part of the authorities.

According to Mayor Garvanski, there were 30 thefts of livestock in the past few weeks in Milorad even though the police in Borovan have registered and are investigating only seven of them.

"Not a single pig has been left in the people's yards. They steal also sheep, goats, rabbits, hens, and anything that can be eaten," complained the Mayor.

The most recent victims of the livestock theft in Milorad are 89-year-old Hristo Devenski, who a sheep and two goats, and Tonka Mladenova, whose only donkey has been stolen.

Mayor Garvanski has pointed out that two-thirds of the population of the village are unemployed Roma. He believes that they keep committing the thefts which leave the rest of the population – impoverished elderly people with meager retirement pensions relying for their survival on the animals that they raise in their yards – without any means of subsistence.

"If we had a standing police officer, things would be different," believes the mayor as he hints of the so called "Roma crime" – burglaries, robberies, and other crimes often committed in both rural and urban areas in Bulgaria by clans of Roma who are either unemployed, or might "specialize" in some kind of criminal activity.

The village of Milorad is located in the Borovan Municipality, Vratsa District, in Bulgaria's Northwestern - or Severozapaden Region - which is the poorest region in the entire European Union according to the NUTS 2 classification.