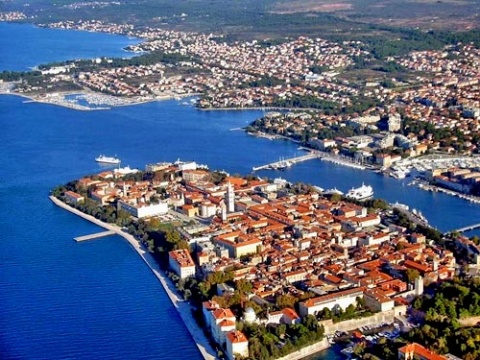 A view from Zadar, Croatia. Photo from adriagate.com

The organizers of an international chess tournament in Zadar, Croatia, have strip searched an unranked Bulgarian chess player after he easily beat their local grand master.

Bulgarian Borislav Ivanov was stripped and had his clothing searched after judges decided he must have a hidden aid telling him what moves to make after he beat much better ranked chess players, The Croatian Times reported.

There were 36 competitors at the tournament, including 16 grand-masters, 5 international masters, and 10 FIDE masters. According to the rating, the Bulgarian without any chess ranking was supposed to be an easy rival but surprisingly started winning game after game.

In the first round he managed to defeat Croatian masters Bojan Kurajica, Robert Zelcic and Zdenko Kozul.

"After the eighth round there were suspicions that Ivanov has some electronic tools to help him and in my capacity of a judge I decided to make a move in line with the FIDE rules," Stanislav Maroja, the chairperson of the chess union in Zadar District told daily newspaper Jutarnji List.

But nothing was found on Ivanov, a 26-year-old computer programmer.

"Technologies are so developed now that theoretically, since the games were aired live, Ivanov's friends in the neighbouring room, from Sofia, or even from the Antarctic, could have sent him hints for his moves through chips, which could have been placed under the skin, in the ear, or in the teeth," one of the tournament participants is quoted as saying.