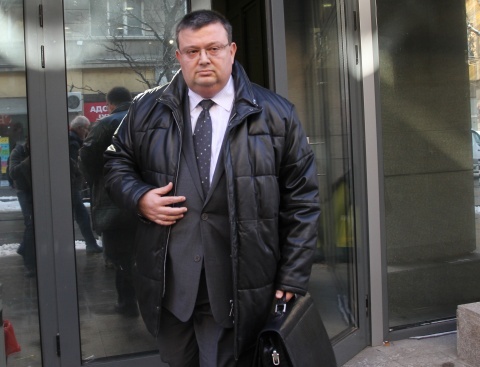 Bulgaria's interior minister has vehemently defended the highly controversial election of a new chief prosecutor, who is believed to be his ally.

"This is the first time that we have such a transparent selection process for chief prosecutor. During the last 20 years the choice of a chief prosecutor was a purely political decision and one sole nomination was put to the vote. Now three nominees ran in the race," Minister Tsvetan Tsvetanov told the morning broadcast of the state TV channel.

Bulgaria's highest juridical body elected on Thursday Sotir Tsatsarov to be the new chief prosecutor in a hghly predictable move, believed to be orchestrated by the ruling GERB party.

Tsatsarov, up to now head of the Plovdiv District Court, won the position at the first round, with 18 votes "for", 3 "against" and 3 abstentions. He will serve a 7-year term.

The selection process for the next chief prosecutor has been denounced by civic groups, while Internet forums in Bulgaria are overflowing with strong criticism and angry reactions.

In a scandalous move, Justice Minister Diana Kovacheva closed the council session before putting to the vote the noninations of Galina Toneva and Borislav Sarafov.

What makes the case even more intriguing is that the nominations of the other two candidates were supported by 5 council members each, most of whom decided at the end to cast a vote for Tsatsarov.

According to the interior minister some of the magistrates abandoned their own nominees because they changed their minds in favor of Tsatsarov during the hearing.

The Supreme Judicial Council (VSS) conducted the vote with an electronic system, which raised serious concerns that it won't be anonymous as votes by each Council member can be tracked.

NGOs however have been pressing for a paper ballot, claiming the vote will be marred by political interference and insufficient democratic safeguards.