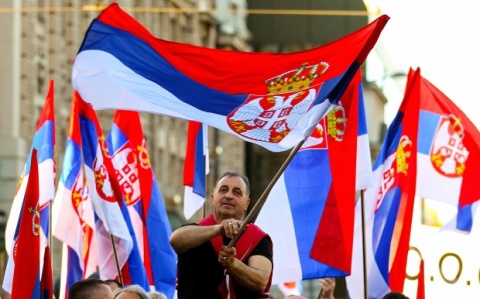 Serbia's draft strategy for the settling of its conflict with its former province Kosovo will propose the demilitarization of the latter.

The document, which is yet to be approved by the Serbian Parliament, is set to propose a package of measures for the "normalization" of the situation in Kosovo, which declared its independence from Serbia back in 2008, after a decade under UN administration following the NATO-Serbia War of 1999.

It suggests that the only armed formations in Kosovo should be the police forces of the ethnic Albanians and the Serb minority, while the republic should be completely demilitarized, with the armed forces of the EU member states, Albania and Serbia proposed to guarantee the republic's security. The suggestion is said to be drawing on the example of Catalonia, which is an autonomous region in Spain.

In addition, Serbia's draft document proposes a special status for the Serbian Orthodox Church in Kosovo, including a commitment on part of the authorities in Prishtina for providing security to church sites.