Construction of Bulgaria-Greece Gas Link to Start in March 2013 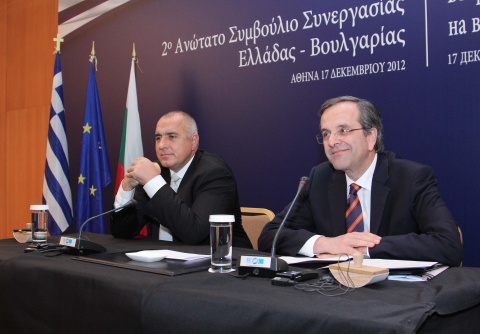 The construction of the Bulgaria-Greece gas grid interconnection is to start in March 2013, according to Prime Minister Boyko Borisov.

The gas grid interconnection was negotiated in April 2009, when Bulgaria and Greece signed a Memorandum of Understanding on the project.

The pipe is to be about 168.5 km long and to carry Azeri gas between Stara Zagora and Komotini.

According to preliminary estimations, as cited by econ.bg, the cost of the project stands at EUR 149.5 M.

The project has been included in the European Energy Program for Recovery and will use a grant of EUR 45 M from the European Commission.

Supplies to Bulgaria are start at 1 billion cubic meters of gas per year.

The joint venture of Bulgarian Energy Holding (BEH) EAD and Greek IGI Poseidon (50% DEPA S.A. – Greece and 50% Edison International Holding BV - Italy) will develop the project and will build, own, and operate the facility.

The participants in the joint venture clash about the type of the project, with Bulgaria claiming that it is an infrastructure project and Greece and Italy insisting that it is a commercial project.

The pipe is to be extended to Romania and Hungary.

Over the past few months, gas grid interconnections projects between Bulgaria and neighbor countries have gained momentum.

A few days ago, Bulgaria signed an agreement with Serbia on the construction of a gas link between Sofia and Nis.

The construction of the gas grid interconnection between Bulgaria and Romania started in August.

Speaking after the joint sitting of the cabinets of Bulgaria and Greece on Monday, Borisov argued that gas grid interconnections would help Bulgaria break free from its total energy dependence, secure supplies for its economy, and export gas quantities.