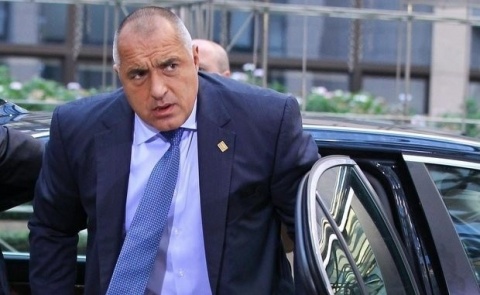 Bulgarian Prime Minister, Boyko Borisov, reiterated over the weekend that for him leaked US diplomatic cables with allegations about his past ties with the underworld were not official documents. Photo by BGNES

Bulgarian Prime Minister, Boyko Borisov, reiterated over the weekend that cables of US diplomats with allegations about his criminal past, disclosed by WikiLeaks, were a Socialist conspiracy and complete non-sense.

Speaking in an interview for radio K2, Borisov stated once again the US diplomatic cables were not official documents, stressing this was "the reason for the owner of WikiLeaks to be hiding" since he feared arrest.

"If I had something shady to conceal, it would have popped up 100 times in the last 15 years. This is a conspiracy of the Bulgarian Socialist Party, because EUR millions have been given for such things to be published, so that they have someone to quote," the PM told the host.

He refused to elaborate who exactly has paid American ambassadors and special services for the findings and information in their cables, which were released by the Bulgarian site for investigative journalism Bivol.bg, official partner of WikiLeaks.

When asked why US diplomats wrote "such things" about him, Borisov replied: "Who was writing them and where? I can cite all official American sources from the White House, President Obama, US special services, American ambassadors, who all stood behind them. Let's act in serious manner here."

The PM further rejected claims about lack of media freedom in the country, saying he was amused to listen and watch daily people speaking and writing non-stop in national media that freedom of speech was in danger.

According to him, Bulgarian journalists are dependent on their owners, not the government because all owners had corporate interests.

On a request to assess his rule, Borisov replied the best marks were given by international rating agencies which were acclaiming in their rankings the work of the Cabinet in times of crisis and with the difficult legacy of his predecessors.

He voiced deep disappointment from the country's politicians.

"If Bulgaria had a true political class they would have thanked me for undertaking the risk to have a minority government and to rule in the most difficult times for the country since World War II," the PM stressed.