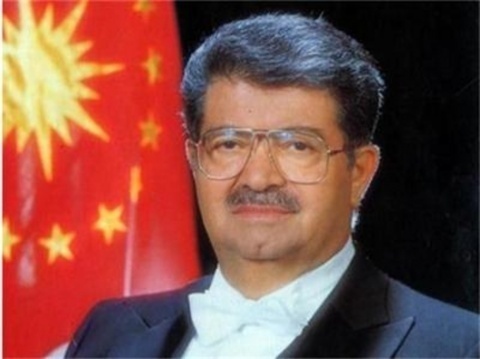 The late Turkish President Turgut Ozal has not died from poisoning, but the exact cause of death cannot be determined.

These is the final conclusion of the Turkish Prosecutor's Office, a number of Turkish and international media reported.

It was announced earlier in December that DDT, DDE, cadmium and the radioactive elements Americium and Polonium, detected in Ozal's remains, were in very small dozes to cause death.

In addition, it is deemed normal to find traces of DDT since at the time this was a widely used pesticide, which was later banned, the Sabah daily wrote then, citing the report of Turkey's Council of Forensic Medicine (ATK).

The other toxins could have penetrated the body from the soil where Ozal was buried, the report has further informed.

It was announced in November that four different poisonous substances have been detected in the remains of the former Turkish President, and that sources from ATK have told Today's Zaman that Ozal may have been poisoned with these substances.

Turgut Ozal's remains were exhumed on October 2, 2012, on the order of the Prosecutor's Office in Ankara, on grounds his death remains suspicious.

The reception was held in honor of the current Bulgarian Culture Minister, Vezhdi Rashidov. Rashidov, who is an ethnic Bulgarian Turk, is a prominent sculptor.

Earlier, the Turkish paper Bogun claimed the autopsy yielded a high level of toxic agent strychnine in the President's remains.

Haluk Ince, from the Forensic Medicine Council, was quoted saying, he had no idea where that information came from but stressed experts had found no traces of strychnine in the samples and the final report hadn't been completed yet.

During the Communist regime, Ozal was known as a strong defender of Bulgarian ethnic Turks, who were hunted by the government for refusing to change their Muslim names with Christian ones during the so-called "Revival Process."

The blood samples taken to determine his cause of death were lost or disposed of. Ozal sought to create a Turkic union, and had obtained the commitment of several presidents.

His wife Semra alleged that the perpetrator might have wanted to foil the plan.

On June 18, 1988, he survived an assassination attempt during the party congress. One bullet wounded his finger while another bullet missed his head. The assassin, Kartal Demirag, was captured and sentenced to life imprisonment but pardoned by Ozal in 1992.