'Spineful' Bulgarian Position on Macedonia (and EU) At Last! 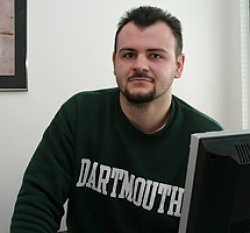 I couldn't believe it when PM Borisov and President Plevneliev negotiated Bulgaria's first policy towards Macedonia since Ivan Kostov that isn't spineless:

Bulgaria declared itself against setting a date for Macedonia's EU accession talks.

Under Borisov, too, Bulgaria has a geopolitical midget's foreign policy so my surprise is understandable.

It boils down to tossing food in order to pet the neighbor's dog who keeps biting you and pooping systematically in your frontyard.

Patriotic Bulgarians' arguments that firmer policies towards Macedonia would be counterproductive as they'd boost the Macedonianist regime are pointless: it's spewing anti-Bulgarian propaganda ANYWAY.

Halfheartedly wooing those who used to be part of the Bulgarian nation has no evidence of success.

1)Macedonians, or however they wish to be called, have a place in the EU;

2)Macedonianism, a product of Stalinism based on aggression, hate, and colossal historical falsifications, can't get in the EU in any form!

If we let it in, that'll be a blow to European values, and a justification for monstrous crimes against the Bulgarian nation that's already part of Europe.