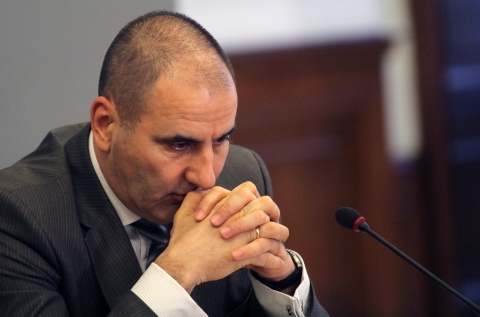 Bulgarian police have busted an illegal tobacco factory near the western town of Kostinbrod.

He made clear that the gang had used premises in Peshtera, Pavlikeni, and the residential district of Druzhba in Sofia as warehouses for cigarettes and packaging paper.

Tsvetanov informed that the crime group had been monitored for a few months and the entire process of supply, installation, and fine-tuning of equipment and its launch had been closely followed.

Bulgaria's Interior Minister said that the police operation had started at around 4 p.m. and the illegal tobacco factory had been raided during the manufacturing process.

Tsvetanov reported ten arrests, including the mastermind nicknamed Totko the Porsche, his closest ally, seven workers, and one person in charge of the logistics.

He added that the Totko the Porsche had made a name in organized crime circles for his skills in the sphere of illegal tobacco manufacturing.

Tsvetanov emphasized that the illegal tobacco factory in Kostinbrod had been the sixth of its kind busted during the past three years.

He noted that the specialized police operation was led by the Specialized Prosecutor's Office and the searches and seizures continued.